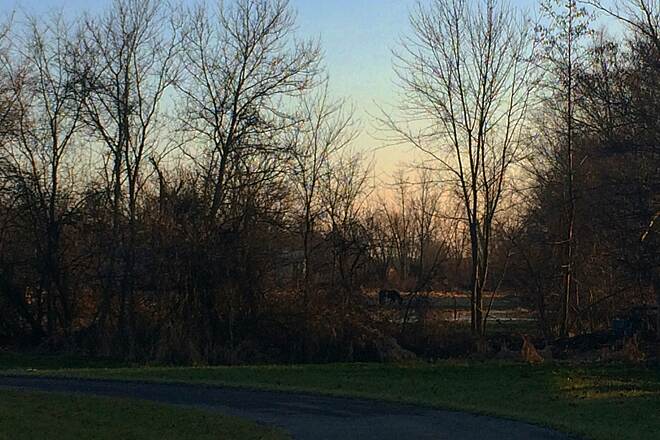 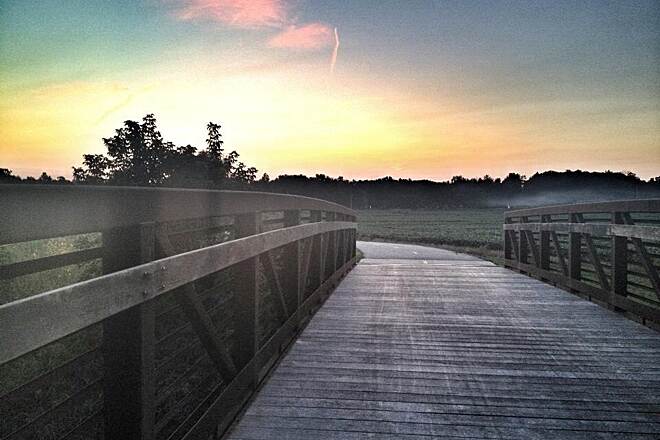 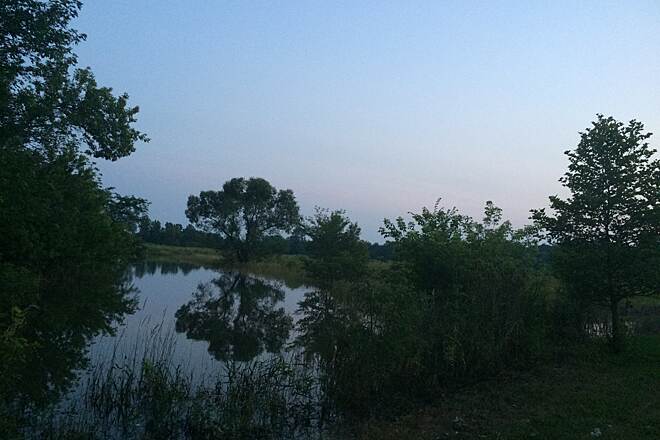 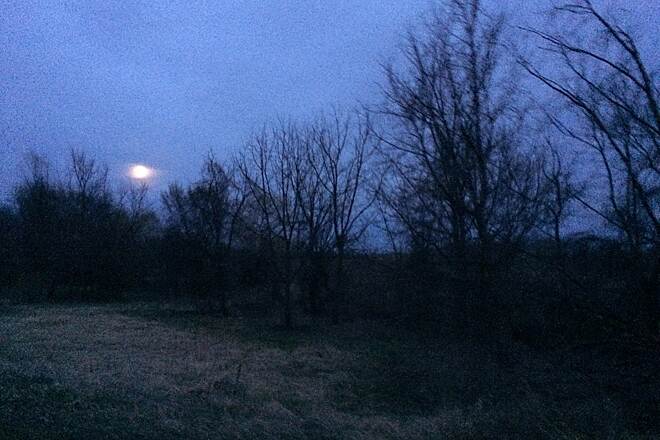 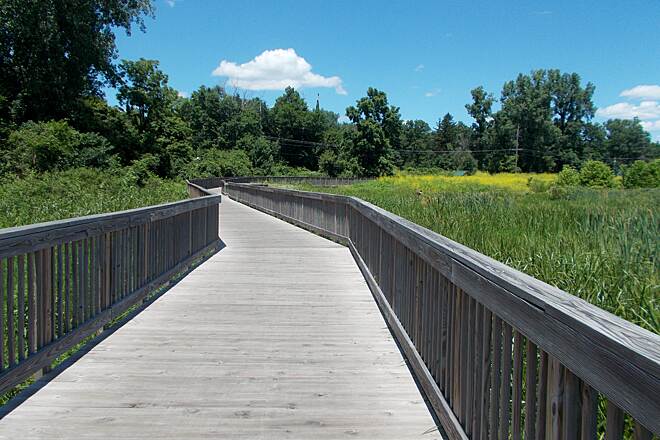 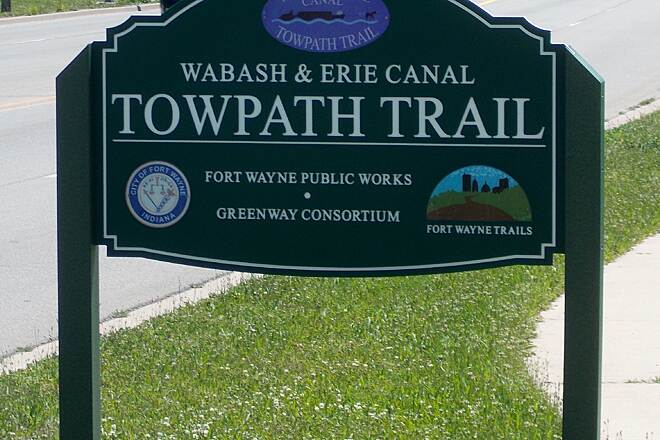 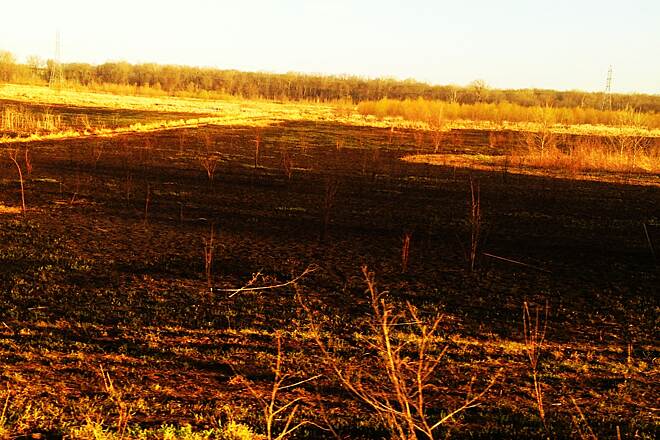 When envisioning a canal towpath trail, most people probably picture a path surfaced with crushed stone where mules once led barges up an adjacent canal. Indeed, this is what once occupied the site of the Wabash & Erie Canal Towpath Trail in Fort Wayne, and what you can still find at the canal portions of the Delphi Historic Trails in Carroll County. However, due to the rapid erosion of the canal banks shortly after opening in the 19th century, the canal was never economically viable. In Fort Wayne, the canal was filled in, and this part of the right-of-way saw new life as the route for interurban passenger rail service to Huntington.

In 2011, the City of Fort Wayne opened the Towpath Trail to bicyclists and pedestrians on the former canal and rail corridor. The trail begins in the north at Rockhill Park, where it seamlessly meets the popular Rivergreenway system. After extending south through residential neighborhoods, the trail emerges into a serene, mixed environment of woodlands and open fields, and twice crosses Junk Ditch. The trail rejoins the original canal and rail corridor near the athletic fields and tennis courts on Glendale Road.

A short boardwalk section takes the Towpath Trail over sensitive marshland. At Engle Road, trail users have the option to continue west to access Aboite’s extensive trail network. Continuing southwest past the Engle Road trailhead leads to the northern edge of Eagle Marsh, a 716-acre wetland preserve. Look carefully into the wetland area and you may see herons, frogs, waterfowl and even bald eagles. Trail users can also connect directly to Eagle Marsh’s hiking trails.

The trail eventually turns north, crosses W. Jefferson Boulevard and leads directly to Lutheran Hospital of Indiana, making it a popular commuting route for the hospital’s many employees.

This isn't one of the greatest scenic trails but it does have unique beauty if you look close enough. The best feature is the wetland the borders one side of some of the trail. While we didn't see much wildlife, meadow flowers were in bloom. There is a boardwalk overlook with many hibiscus in full bloom. We went in mid July. More people were riding on a Monday morning than we expected. The surface was great.

You ride on a paved trail through some peaceful marshes and wetlands. Since you ride through habitat for abundant wildlife it can be hazardous at times. One ride had encounters with hundreds of frogs, bats, possums, raccoons, stork and deer. The trail passes by two water treatment plants which smell awful