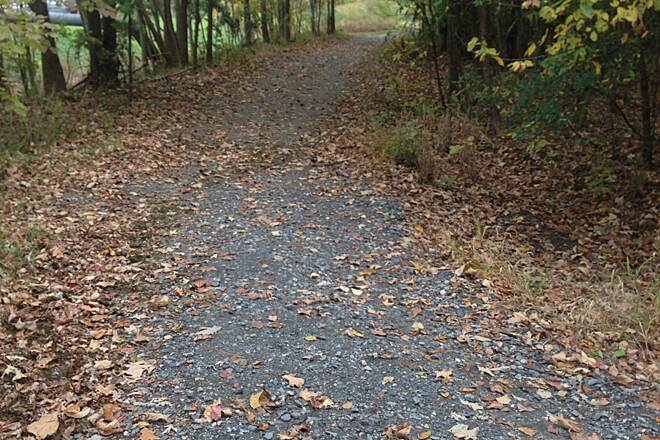 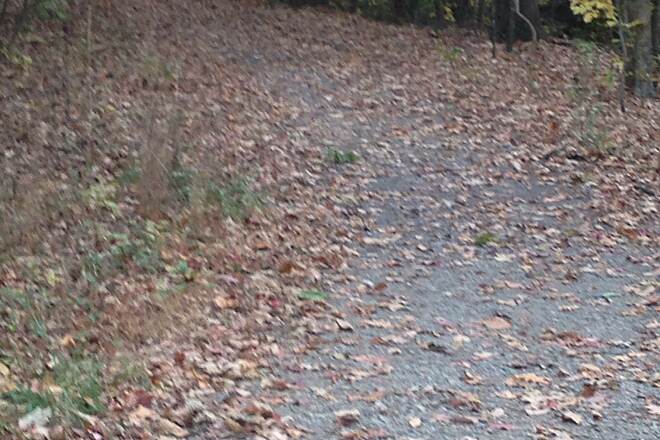 Sandy Bottom Nature Park is a 456-acre recreational oasis in Hampton, bordered on the northeast side by Interstate 64 and surrounded by busy residential, shopping and entertainment areas. Before it became a protected city park, the land was even used as a garbage dump. Now, it offers a beautiful wildlife area and nature center.

Several miles of trail crisscross the park, including its longest, the Trillium Trail, which stretches for just over 3 miles, offering views of woodlands and the park's two lakes.

Parking can be found in Sandy Bottom Nature Park (1255 Big Bethel Road). From I-64, take exit 261A to Big Bethel Road. Cross the road, and the park entrance will be on your right (west side).

This is a nice little trail, but certainly not like a normal rail trail. The first 1/2 is nice gravel like fire road, but it then changes to narrow single track with more than its share of roots. While it’s probably a beginner level mountain bike trail, this isn’t a trail for someone on a hybrid bike or a casual cyclist. You won’t like the constant bump of the roots and certainly not the two good size muddy holes that would surely be tough for hybrid size tires.

Nice walk for being in a city

Nice walk considering it’s in a city. Parts of this trail are next to a highway or subdivision, which is a little disappointing because it takes away from the serenity. But overall it’s a nice escape without having to travel too far.

too bumpy for my bike!

Way to many tree roots, but overall a quite and peaceful trail¿¿

Difficult around the back

This park has several trails that allow bikes but the main loop is the longest and the most difficult with the 2nd half being skinny, winding, and full of roots. It was very challenging and not one I would recommend for inexperienced bikers or children. I was a little surprised that it was even designated for bikes there. The park itself is beautiful.

This trail circles Sandy Bottom Nature Park, and acts as an oasis in the middle of the busy city of Hampton. Hard packed stone is easy to ride on, and their are numerous side trails to explore and on which to double-back. One drawback is the proximity of Interstate 64 on the east side of the park, which the trail follows for some distance and could be a distraction for someone wishing for a more secluded trail.

This trail is well maintained - mostly gravel/dirt/pine straw. The main route is around 3 miles. There's plenty of parking and what I think are multiple entrances to the trails. We usually park near the office/center and enter to the left of the building.

(The first time we came, we entered into what I think was supposed to be a walking trail that winded through trees. It was less than a mile, but it had so many tree roots to bike over it made it nearly impossible to ride through. Won't be making that mistake again! lol)

I gave it 3 stars mainly because Im comparing it to the Cape Henry Dr trail in VaBeach (which definitely earned 5 stars!), but also because there are sections of the Sandy Bottom trail that aren't covered in shade and the trail itself doesn't impress us (no hills, easy terrain). But it does offer some small treats.

There's an interesting wooden structure that you can go up on and look out binoculars (bird watching?). And there are a few benches along the trail to sit and rest. Near the office building, there's a fenced-in dog park, and dock to a lake where you can rent boats. Right next to that are covered bench areas with little grills for parties. And then of course there are playground areas for the kiddies. I saw plenty of stay-at-home moms playing with their kids.