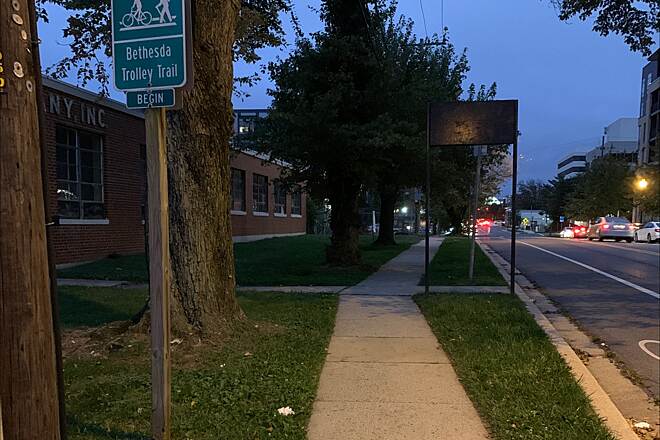 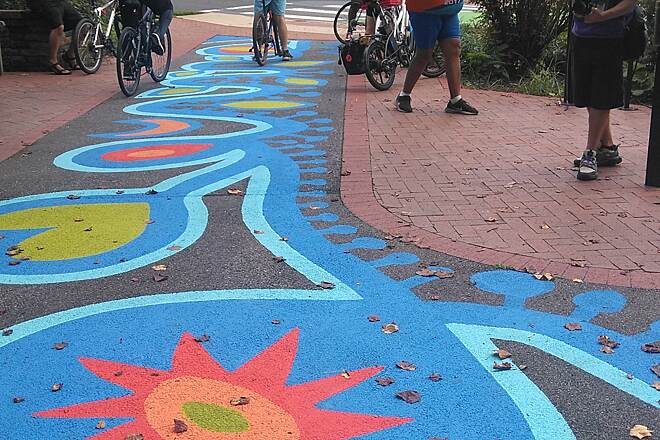 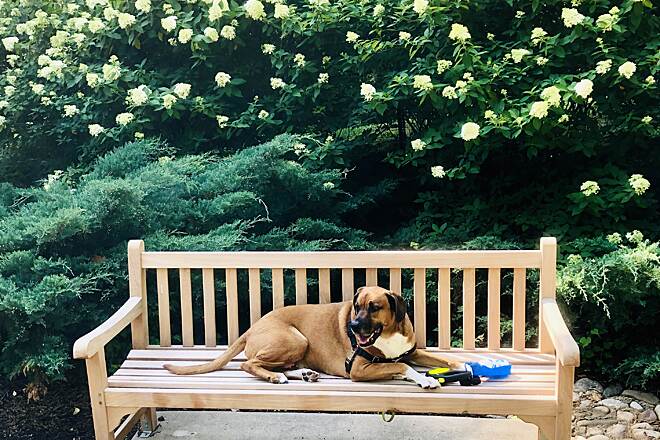 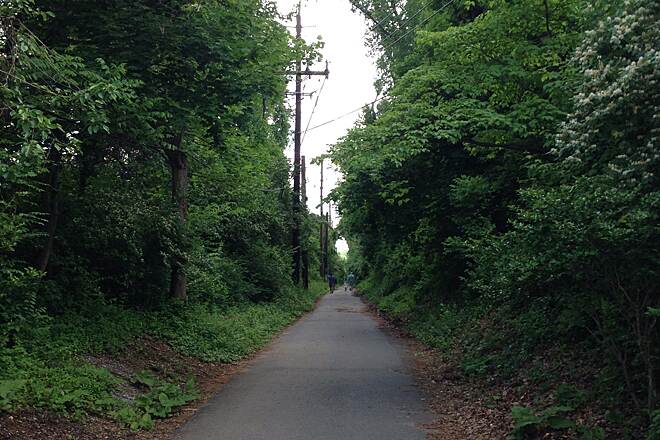 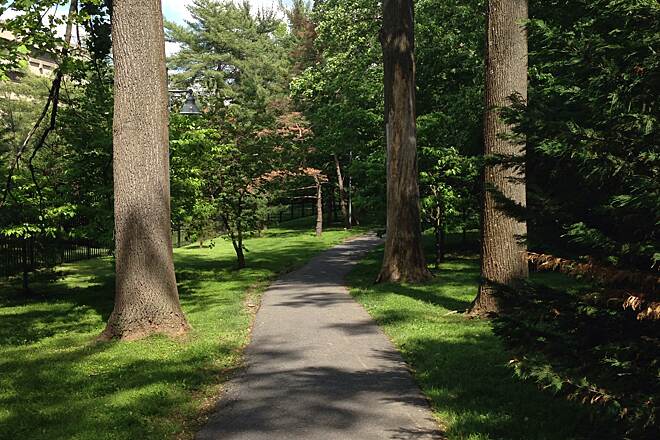 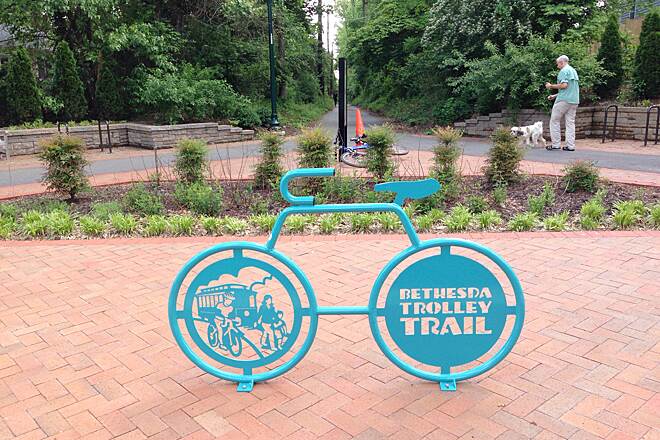 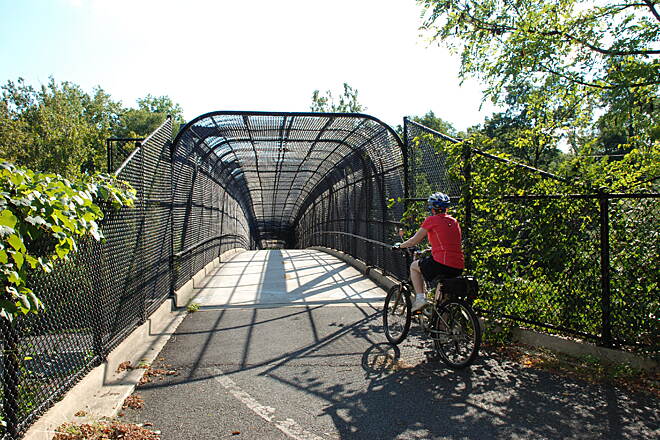 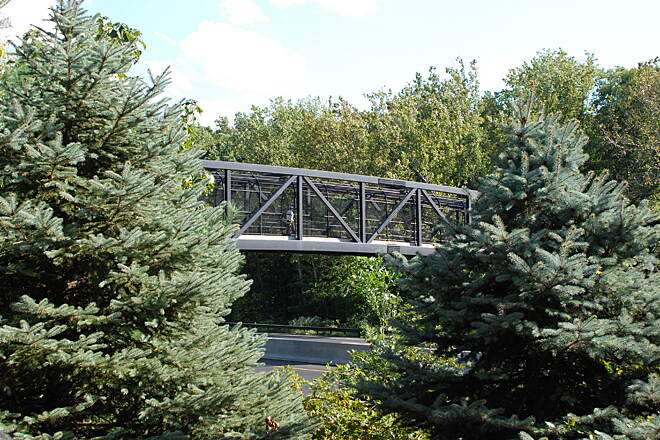 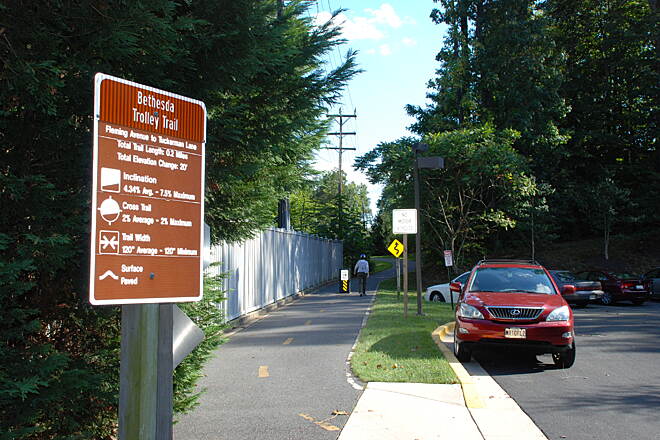 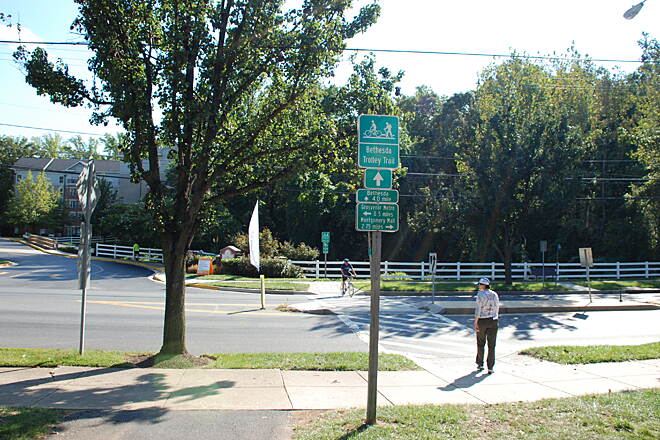 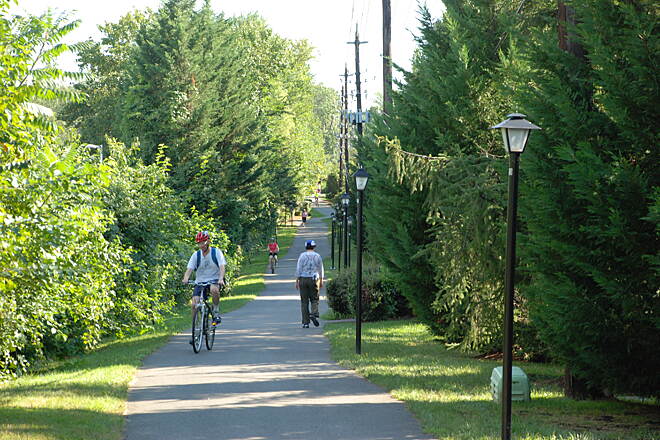 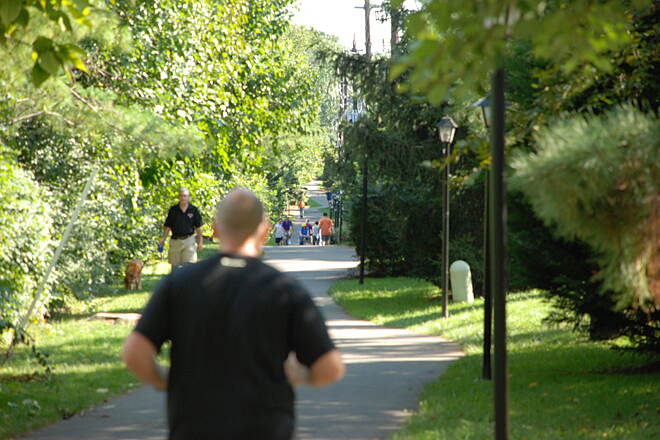 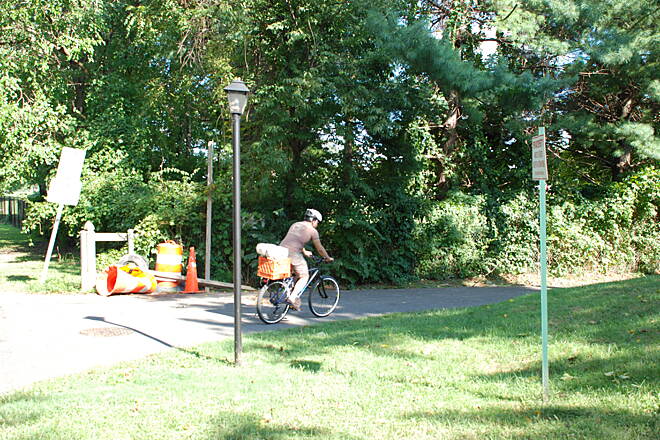 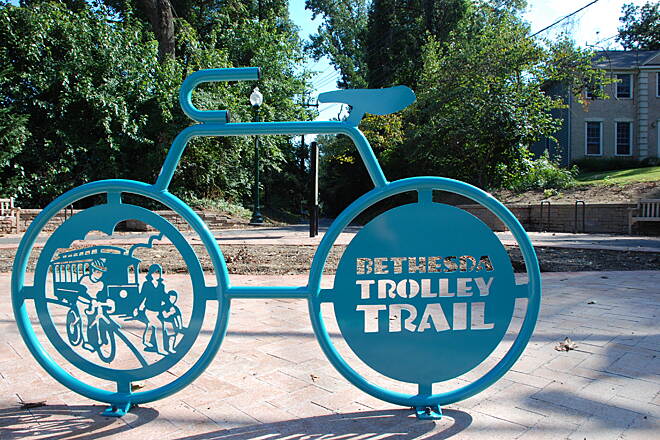 The Bethesda Trolley Trail—also known as the North Bethesda Trail—is a 4-mile path linking Bethesda and North Bethesda, primarily by bridging two major highways. The trail occupies the abandoned right-of-way of the Tennallytown and Rockville Railroad’s streetcar line. The two pedestrian- and bicycle-only bridges across Interstate 270 and Interstate 495 (the Beltway) help connect neighborhoods once fairly isolated from each other due to the busy freeways.

Unfortunately, the short length of the trail and lack of connections to other trails or landmarks keep the Bethesda Trolley Trail either a local resource for low-impact recreation or a bicycle commuter's solution to crossing the nearby interstates. The trail is signed north of Edson Lane to the Twinbrook Metro Station in Rockville, but most of the route is on sidewalks or roads. The same goes for the signed trail south of Charles Street in Bethesda, where a skinny sidewalk along Old Georgetown Road leads to another short segment of trail through the campus of the National Institutes of Health.

Parking for the Bethesda Trolley Trail can be found at Fleming Local Park off Fleming Road in North Bethesda.

Nice trail and is a fast and short connection between Bethesda and Rockville, but is heavily trafficked and narrow.

Nice But Not really a Rail Trail

The south half of this trail does not follow the alignment or grade of abandoned trolley line and therefor has some hills. So don't expect typical easy grades of rail trails.

The fastest route from Rockville to Bethesda. You avoid I270 and the I495!

Wonderful trail that connects many neighborhoods in Bethesda and Rockville. Extremely convenient for those looking to access popular businesses in North Bethesda and who do not want to talk along the highly congested 355.

The North Bethesda Trail/Bethesda Trolley Trail connects Rockville to downtown Bethesda. It begins at Edson Lane, runs south through residential neighborhoods and crossing over I-270 and I-495, before meandering through the NIH grounds utilizing streets and its own right-of-way. It finally terminates at the intersection of Ruby and Norfolk Avenues on the southern end of Battery Lane Park. Overall, the North Bethesda Trail is a decent bikeway for commuting and light recreational purposes. It definitely serves the purpose of linking the North Bethesda/Southern Rockville regions with downtown Bethesda as well as the residential areas in between. However, the trail feels very incomplete with certain sections running on the road when there is clearly room for a segregated bike path. Examples include Fleming Avenue and Old Georgetown Road near NIH. The segregated path on Fleming Avenue south of Grosvenor Lane abruptly stops when there is room to continue the pavement until it reaches Fleming Park. The section near NIH also has a vast expanse of green lawn that could easily accommodate a separate right-of-way parallel to the security fence. Widening and straightening could also be potential upgrades at various sections.

This trail starts in Battery Park just off Norfolk Ave in down town Bethesda and goes 7 miles toward Rockville but on sidewalks after 3 miles. It is not a bad connection from the Capital Crescent Trail via Glenbrook Rd and a good connection to Rock Creek Trail via Grosvner Road. After the start it circles around the grounds of NIH. There is a very good map via Montgomery County Parks. Bob